An Analysis of Global Change 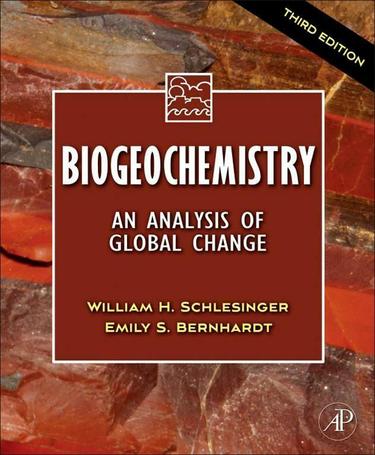 Already purchased in store?
or

Biogeochemistry—winner of a 2014 Textbook Excellence Award (Texty) from the Text and Academic Authors Association—considers how the basic chemical conditions of the Earth, from atmosphere to soil to seawater, have been and are being affected by the existence of life. Human activities in particular, from the rapid consumption of resources to the destruction of the rainforests and the expansion of smog-covered cities, are leading to rapid changes in the basic chemistry of the Earth.

This expansive text pulls together the numerous fields of study encompassed by biogeochemistry to analyze the increasing demands of the growing human population on limited resources and the resulting changes in the planet's chemical makeup.

The book helps students extrapolate small-scale examples to the global level, and also discusses the instrumentation being used by NASA and its role in studies of global change. With extensive cross-referencing of chapters, figures and tables, and an interdisciplinary coverage of the topic at hand, this updated edition provides an excellent framework for courses examining global change and environmental chemistry, and is also a useful self-study guide.

Winner of a 2014 Texty Award from the Text and Academic Authors AssociationCalculates and compares the effects of industrial emissions, land clearing, agriculture, and rising population on Earth's chemistrySynthesizes the global cycles of carbon, nitrogen, phosphorous, and sulfur, and suggests the best current budgets for atmospheric gases such as ammonia, nitrous oxide, dimethyl sulfide, and carbonyl sulfideIncludes an extensive review and up-to-date synthesis of the current literature on the Earth's biogeochemistry